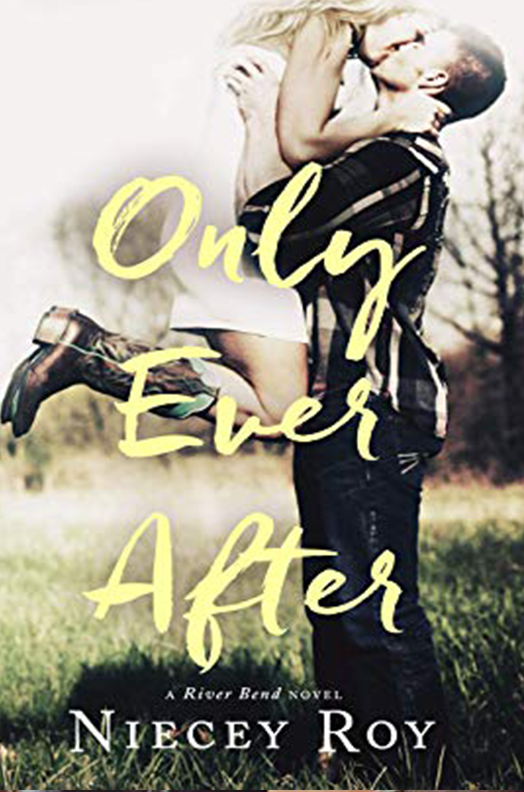 ANOTHER SHOT AT LOVE

Holy Cow! I don’t even know where to start telling you how much I loved this one! Trey is the new love of my life and I have claimed him as my own! Niecey Roy is back! And she has once again pulled me right into River Bend and made me what to pack up and move to this amazing small town with this group of characters that I can’t help but love. I have loved Trey and Hillary since we met them in With Every Breath (the first book in this series) and have been dying to get my hands on their story since. Boy was it ever worth the wait! Roy delivers a story full of the witty, hilarious banter we have come to expect from her along with some sweet, sexy romance, and a whole lot of heat. This one had me laughing out loud one minute and fanning my self the next. I couldn’t get enough of this story! Only Ever After is definitely a standalone, you don’t have to have read the first in this series to love this one, but I do suggest you read With Every Breath as it is just as amazing as this one. If you are a fan of small town friends-to-lovers then this is the one for you! I highly recommend you pick this one up! You will not be sorry!

He stumbled into his bedroom, hitting the door, then bounced off a dresser before making it to the bed. He didn’t fall onto the mattress, though. Instead, he wrapped his arms around her and held her against his chest, his face snuggled into her hair.

“Don’t even say it, Thompson.” She wiggled out of his arms.

“Ah, that hurts my feelings, Hills.” Pale light from the yard lamp outside the bedroom window illuminated his pout. “You’re the best, you know that?”

He stepped closer, and she held her breath.

He brushed at a strand of hair that’d escaped her ponytail. When his fingers touched her cheek, her eyes widened. Her pulse raced wildly while he traced a soft line against her skin before brushing the hair back behind her ear. She held her breath until his fingers drifted down to her neck, blazing a trail with their path.

Then his head dipped and she sucked in a ragged breath.

Every thought in her mind blanked from the intensity of his gaze. His eyelids fluttered shut, and his lips brushed against hers in a feather-light kiss. Electricity shot through her, straight down to curl her toes. The shock of it left her rattled. All she had to do was lean up to deepen the kiss. And she wanted to, which floored her even more than the kiss.

It was over too soon, just a quick brush of his lips. When he lifted his head, she resisted the urge to touch her fingertips to her mouth. The sensitive skin still felt the tickle of his beard.

He brushed her cheek with his thumb, his eyes searching hers, as if looking for an answer to a question he hadn’t asked. “If you were cold and wet, I’d snuggle you to keep you warm, Hills.”

“That’s nice of you to say.” Her voice shook, and she felt lightheaded. “I’ll remember that.”

Then he reached for his zipper, and Hillary’s eyes bulged with disbelief.

“Keep your clothes on!”

Oh. My. God. This wasn’t happening. Not when he was this drunk! She shook her head. I mean, not ever, she corrected herself. She wasn’t thinking straight. Nothing could ever, ever happen between them. They were friends. And he was an insufferable pain in her butt. He wasn’t even her type. No, Hillary wanted someone who wasn’t emotionally challenged when it came to relationships, and definitely not someone drawn to destructive relationships. Trey was none of those things. Nothing could ever happen between them. Not ever, she told herself more sternly.

“I can’t sleep with my pants on.” He tugged off his jeans, and she couldn’t tear her eyes away.